Metro Lansing "Forward Together: Not One Step Back!" 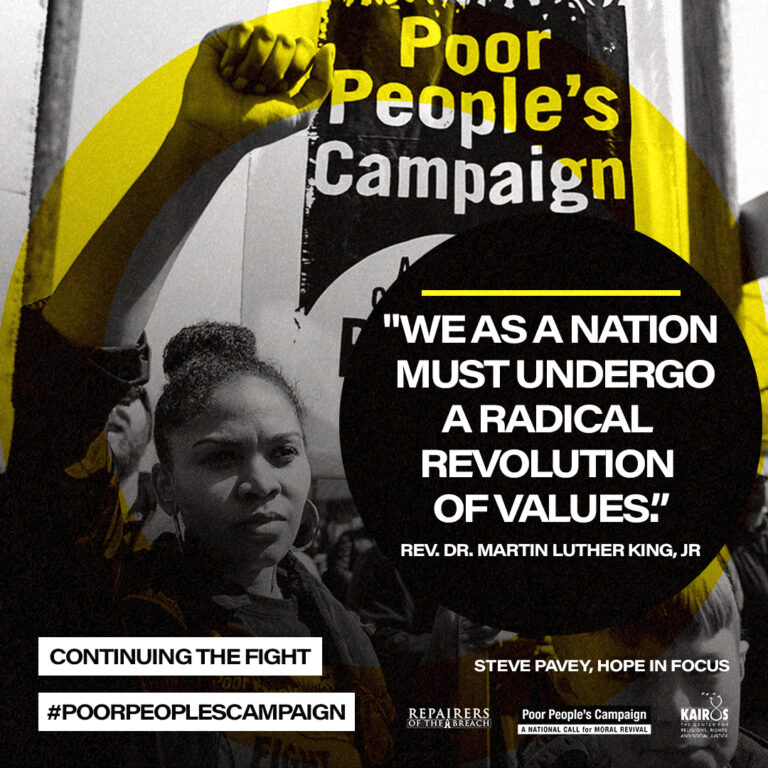 We are a local chapter of the Michigan Poor People’s Campaign: A National Call for Moral Revival. We are organizing locally and getting ready for the “We Must Do M.O.R.E. Tour” (Mobilizing, Organizing, Registering, Educating) tour stop and more.

The Poor People’s Campaign: A National Call for Moral Revival emerged from more than a decade of work by hundreds of local and national grassroots organizations, community and religious leaders, and movements across the country. We draw on the 51 year history and commit to the vision and unfinished work of the 1968 Poor People’s Campaign. We unite with the vision of Rev. Dr. Martin Luther King, Jr. who imagined us moving into an era of human rights and who called for radical revolution of values.

In Spring 2018, participants in the Poor People’s Campaign waged the most expansive wave of nonviolent direct action in U.S. history. For six straight weeks, more than 30,000 poor and disenfranchised people, clergy and moral leaders flooded statehouses from coast -to- coast and U. S. Capitol, demanding a Moral Agenda. Over 5,000 people engaged in nonviolent civil disobedience as part of the actions, culminating in a rally and march on the National Mall in DC on June 23rd, which was attended by over 25,000.

ROLL CALL!!! HAVE YOU HEARD?

Metro Lansing has a list of demands that we are currently building power to fulfill. Will you get in step with us?

Also, one of our own heroines was featured in the Lansing State Journal! Congratulations LaShawn, we are so proud of you! https://www.lansingstatejournal.com/story/news/2020/07/06/lashawn-erby-fighter-against-racial-injustice-lansing-michigan-poor-peoples-campaign/5349481002/

After reviewing our demands, individuals and organizations can indicate support by filling out the form below.